Jamaican boxer Akeem Mignott has expressed his frustration with the lack of boxing opportunities in Jamaica. He is even thinking of migrating from the Caribbean country because can’t seem to get a decent fight.
The 25-year-old Akeem “Miggie Smalls” Mignott is a featherweight boxer who is based in St Andrew. ”I have had six fights cancelled over the last two years,” said Mignott. These fights have been cancelled because of a wide range of reasons.
Mignott was forced to switch from mixed martial arts to boxing after one of his MMA opponent developed some cold feet and cancelled the fight. He was forced to retire from MMA with only one fight in his record.
He started out in mixed martial arts (MMA) but after his first fight was cancelled because his opponent changed his mind about facing him. His subsequent fights were cancelled because of the COVID-19 pandemic. He was forced to retire with only one match in an octagon because also couldn’t find other fighters in his weight class.
It’s these frustrations that led him into a career in boxing. He is currently based in Duhaney Park. However, he also works the Suga Knockout Boxing Gym in Olympic Gardens, together with professional boxer now turned coach Sakima Mullings.
He then had a boxing match set for last August but was unable to find sponsorship. One of his fights against Tyreek Jackson was also cancelled in the summer. Jackson’s excuse for cancelling the boxing fight was that he was nine years younger than Mignott.
Mignott said that he can’t believe how unlucky he has been and that’s why he is thinking about migrating to another country that can nurture his fighting talent. 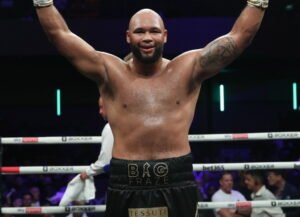