This series will act as the West Indies’ final training sessions for the ICC Women’s T20 World Cup which is...

Former West Indies captains Brian Lara and Chris Gayle are set to meet On January 15th next year as from...

He will also not be available for the Caribbean men’s tour of South Africa scheduled for March next year Last... 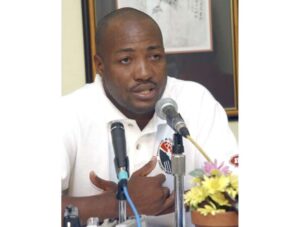 Recommendations are expected to be presented to the CWI board by December 15 Cricket West Indies (CWI) has named a... This competition is normally won by the teams that achieve impressive batting numbers, the 50 overs Andrew Richardson, the Head... Left-arm spinner Fabian Allen, who grabbed a Man-of-the-Match 3-24 in the final, took 11 wickets overall The assistant coach of... 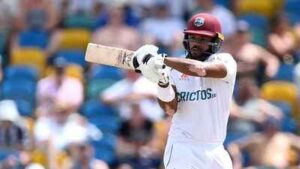 Campbell will have several meetings with his legal team before deciding if he would file an appeal or not John... This ruling was made by the Jamaica Anti-Doping Commission (JADCO) John Campbell, West Indies’ aggressive left-handed batsman, has been banned...

The Consistency of Batting by WI Women Worries Walsh

The full tour of the West Indies by New Zealand is set to begin on Friday Courtney Walsh, West Indies... 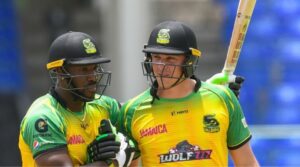 Anthony Kepple Set to Coach Tallawahs to a Higher Level

He is expected to coach the team on strength and conditioning The 2021 Caribbean Premier League (CPL) saw Jamaica’s Tallawahs...

Williams is Confident She Will Score Much More Runs in Future Regional Competitions Rashada Williams, the opening batter of Jamaica...

Simmons Commends Brathwaite for Developing So Quickly as a Captain

He Wants to Motivate the Team and the Players are Aware of His Intentions Test captain Kraigg Brathwaite is developing...

The Cricket Triumph Occurs at a Time When Sri Lanka's Economy has Crumbled Due to the Coronavirus Outbreak Sri Lanka...

Roach Aims to Join the 300-Club After Tying Holding

He Currently Has 249, However He Still Has Two to Three Years left in His Career After equalling the famous...

Powell has Previously Led the Jamaica Tallawahs Powell, Rovman, the all-around Jamaican, is expected to be named vice-captain of the...