Jamaican diver Yona Knight-Wisdom injured his knee last Saturday while participating in the December 1-4 Scottish National and Open Diving Championships that were held in Edinburg. Due to this injury, the diver will not be active for a while.
Knight-Wisdom, 27, revealed to media sources that he was expecting the results that showcased the injury’s impact later today.
However, the young diver hopes to have fully recovered before the Olympic qualifiers kick off in July next year. He pointed out that he encountered the unfortunate misfortune while training after performing quite well for two straight days.
He further explained that his knee got hurt when he hit the springboard while diving. This accident forced to compress his knees. The exerted pressure made his knees to buckle. Currently, he is experiencing less pain as his doctor pointed out that there were no ruptures in the knees after preliminary analysis.
Knight-Wisdom wanted to improve his Berlin performance this season. He feels that he has been progressing as compared to last season. 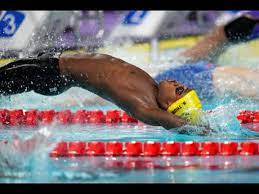