Tennis Jamaica will launch an 8-course facility in Montego Bay

John Azar, the president of Tennis Jamaica, revealed that his organization is working towards launching a new tennis facility in the north-west region of Jamaica to host both international and local competitions. This is part of the efforts currently underway to improve the sport in Jamaica.
Azar said that Tennis Jamaica is set to have had a very successful year upon completion of the Montego Bay facility with 8 courses.
Azar trusts that having the facility in that region will reduce the travel burden on local players as they will be able to play at the venue instead of having to travel all the way to Kingston for games. Azar further expressed gratitude for the support he had received from the members of the organization; this is despite the fact that the season is coming to an end.

Tennis Jamaica believes that this new facility is very important because their organization is meant for all Jamaicans and not only people in Kingston. Azar revealed that they’re hoping to expand tennis at all levels in the Island. This means that Jamaica is likely to identify and nurture more tennis superstars from the North-West region of the Island. 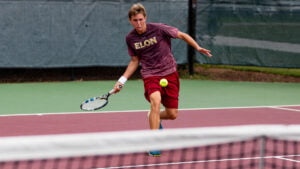 BICKNELL Looks Forward To Playing In The Davis Cup