A Father’s Prayer Has Been Granted, and a Son’s Vow Has Been Fulfilled

Alex Powell, a youthful karting star, made his name in the chronicles of Jamaican sporting history by becoming the 1st from the Caribbean Island to hit the peak of the board at the FIA Karting European Championships.

The American-Born Racer, who has risen to prominence over the years, vowed to his father John, a veteran rally racer, an early Father’s Day present, which he dutifully presented on Sunday in Kristianstad, Sweden. 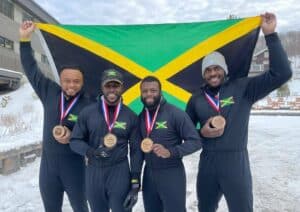